The coconut is a wild and crazy fruit!

It is a world traveler that is over 37 million years old, is found worldwide, but its first home was around India.  The coconut got its name from Portuguese sailors who named it coco, meaning “grinning look,” because they thought the three holes in its shell looked like a spooky smiling face.

The coconut is not a nut at all, but more like a peach.  Peaches, plums, cherries and coconuts are all drupes, but this drupe does not rely on animals and birds to spread it around and help it grow.  This crazy nut disperses itself on the ocean tides, sending it all over the world, where it put down roots and grew.

The coconut tree can produce fruit for up to 80 years if cared for, and the tree can live to be over 100 years old.  Up to 72% of the world’s production of coconuts are from well-managed plantations in India, the Philippines and Indonesia.  Products made from the coconut are used worldwide as food, cosmetics, building materials, crafts, and for industry and science.

Here are 37 fun facts about coconuts. 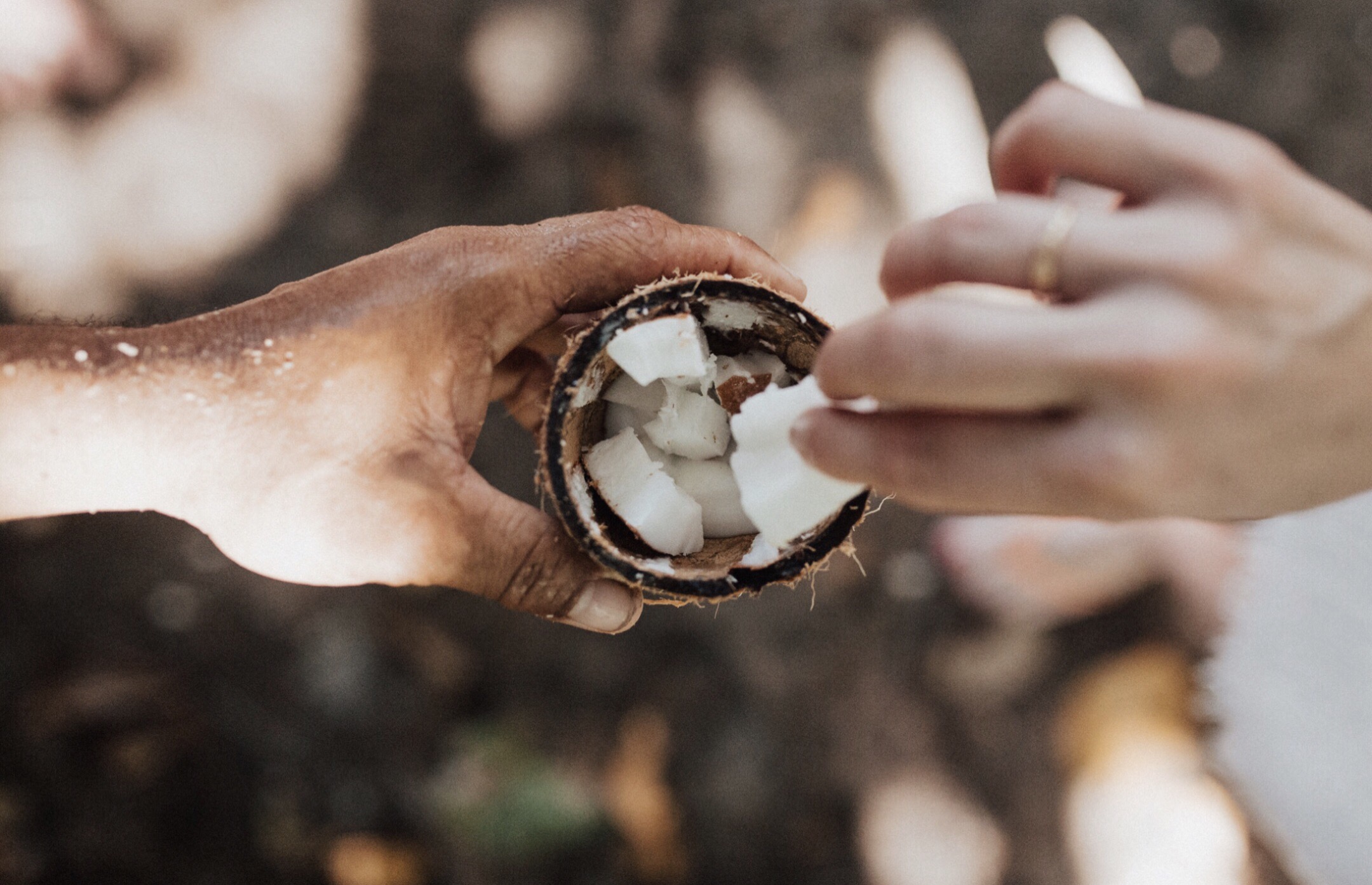 1. Sinbad the Sailor sold coconuts on his fifth voyage, as told in tale of the Arabian Nights.

2. In Asian and Pacific Ocean cultures the coconut figures in creation stories and myths.

3. The coconut tree could not be grown away from the shore without human beings transporting it.

4. Outside of India, ancient coconut fossils have been found in Australia and Columbia.

5. It is thought the coconut fruit can travel up to 100 days on the ocean’s tide and still germinate.

6. There are over 100 species of coconut trees, including dwarf varieties.

7. Coconut used to be spelled “cocoanut.”

8. In the Maldives the coconut is in the nation’s coat of arms, and is the national tree.

9. In India, the coconut is used in religious ceremonies and is prominent in the Hindu religion.

10. The coconut tree contains both male and female flowers, but doesn’t self-pollinate.

11. The tree has an unusual shallow, fibrous root system that lacks a tap root and root hairs.

12. The trunk of a coconut tree is used in the construction of bridges, houses and boats.

13. In the 1970’s, General Marcos of the Philippines built a palace from coconut timber.

14. The coconut can be used as a flotation device.

15. Sap from the unopened coconut flower can be made into “coconut vodka.” 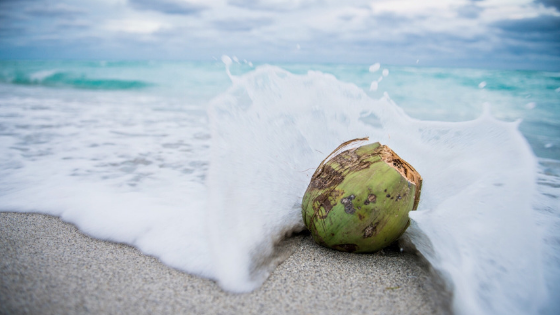 16. The three “holes” in a coconut are actually germination pores for the new tree shoot.

17. In some countries trained monkeys are used to harvest coconuts.

18. Coconut husks can be burned as a mosquito repellant.

19. The fibrous husks can be made into mats, ropes, brushes and stuffing for mattresses.

21. Carbon made from the coconut was used in the production of gas masks in WWI.

22. In Australia a specific species of octopus uses the shell for defense and shelter.

23. The residue fiber occurring from the production of coconut oil, is used as animal fodder.

24. Coconut water contains minerals which perfectly mimic that in the human body.

25. Coconut water has been used as a short-term substitute for human blood plasma.

26. The Tokelauans in the South Pacific, consume 60% of their daily calories from the coconut, and are in excellent health and show no signs of heart disease.

28. Coconut oil was the world’s leading vegetable oil prior to the predominance of soybean oil, which has since proved less healthy.

33. Coconut water can be fermented into coconut vinegar.

34. Growth hormones found in the coconut are used in the science of tissue culture.

35. Coconut oil extracted from the fruit can be manufactured into petroleum diesel fuel.

37. Half coconut shells can be struck together to imitate the sound of horse’s hoofbeats.

END_OF_DOCUMENT_TOKEN_TO_BE_REPLACED

Facebook Twitter Email Pinterest linkedin WhatsApp Telegram
Spices and herbs have been cultivated and used for healing throughout the history of mankind.  In the lands of the India...

END_OF_DOCUMENT_TOKEN_TO_BE_REPLACED

Facebook Twitter Email Pinterest linkedin WhatsApp Telegram
The coconut is the Tree of Life in the Hindu religion.  It is a truly ancient food source for good health with many posi...